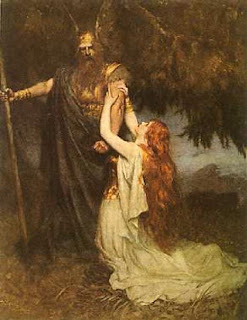 Recently, I had a comment from someone who'd read the beginning chapters to my story Isabeau, which is about Queen Isabella, the wife of Edward II of England. In essence, the remark was, "We all know the gruesome end that Edward met." For those of you who don't know yet, the myth that has been perpetuated for centuries was that Edward II was murdered in Berkeley Castle by having a hot poker inserted up his rectum. Here is where I bow to the sage Alianore, whose blog on the life of Edward II is an absolute goldmine. In a recent post, she addresses some of the misinformation surrounding his death, and if you peruse past posts, she sheds a whole new light on his life.

A letter written in 1340 by an Italian priest named Manuel Fieschi to Edward III more than refutes that rumor, it purports that Edward escaped, took refuge for a time in Corfe Castle, and eventually found his way to a hermitage in Lombardy. I must say, the murder theory is more sensationalistic, but the possibility of a fallen king living in disguise among monks is pretty darn intriguing, too. Edward II is not one of England's best loved monarchs, because clearly he made a lot of bad choices, but I think a lot of what motivated him was that he placed love and friendship above compromise and peace. In short, he was willing to accept conflict (or perhaps delusional enough to think people would just forgive him and let him live on his own terms) in favor of rewarding those (Gaveston and Despenser) he felt undying loyalty towards.

When I was writing about Robert the Bruce, making him into a likable character was almost too easy. Who couldn't admire a rebel who leads his ragged band to battle to overcome great odds and rise victorious? But I've also embraced the challenge of writing about historical figures who've not always had the best reputations, such as Edward I, Edward II, Piers Gaveston, Hugh Despenser, Queen Isabella and Roger Mortimer. I'm not going to say which, but some of these I simply cannot redeem. Some, I can, to varying degrees.

How? you ask. By looking at all the available information, not just popular theory. And, perhaps even more importantly, by attempting to understand what drove these people to do what they did. Was it greed, power or lack of morality? Or fear of losing control of their fates, the hunger for revenge or the trials of forbidden love? I mean, were they really evil and unscrupulous, or were they restricted by the mores and laws of their day, born into situations they would not have chosen, or trapped in toxic or dead marriages? Hmm, when you think about it that way...

More and more these days, writers of historical fiction and non-fiction are tackling the perpetually maligned figures of the past and providing plausible motivations for their actions. Note that I don't say excusable, but if we attempt to understand the psychological and emotional causes, then we can become less judgmental and more sympathetic. I suspect, though, that it will take many more decades to undo the erroneous information about many past events and people that has already survived for centuries.

I always liked a challenge, though. So bring on the bad boys. I like digging around inside people's heads to figure out what made them tick.

Going there in your head 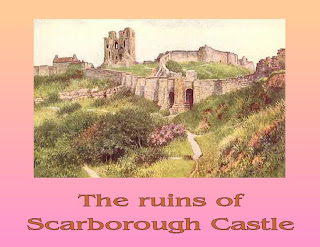 Back at the HNS conference in June of this year, they offered a session on what to do for research when you couldn't travel to the location. I distinctly remember that being one of the time slots when there was more than one talk I wanted to attend and so I missed it, but I can't tell you how often this comes up for historical fiction writers. This is an enormous problem especially when you live in rural Ohio and are writing about 14th century England and Scotland. Around here, about the only on-site research I can do would be picking a farmer's brain about the mechanical workings of a John Deere tractor.

This week I've been writing a scene which takes place at Scarborough Castle in 1312, just before Piers Gaveston was besieged there and gave himself up. Very likely, it was the last place that he and Edward II were together - and what a heart-wrenching time that must have been, knowing the the Earl of Lancaster was bearing down on them, hellbent on capturing Gaveston and bringing the king to terms.

Flipping through every book on my shelf, I discovered I had zero useable details to draw on. So, the internet search began and suddenly I had dozens of details through pictures and descriptions. I needed to know where the castle is located in relation to the sea and town, the topographical layout of the surrounds, and the blueprint of the castle itself. This, at least, told me something about the architecture, the vistas from any vantage point, and how impregnable the fortress was due to its location on a promontory on an isthmus of land.

Now, I have a setting in my head. I can envision what lies to the east, west, north or south. Where they might have been standing when they shared their last words. The lay of the land. The smell of salt air and the sting of the wind.

It's something, but I still wish I could go there, even though the place is in ruins, the buzz of automobiles can probably be heard in the distance and there are motorized yachts in the harbor instead of medieval sailing ships. The internet is a valuable tool that puts the world at our fingertips, but there's something transcendental and inspirational about standing in the spot where history unfolded. This is when I wish I was independently wealthy and could just hop a plane and be there.

If you could turn back time 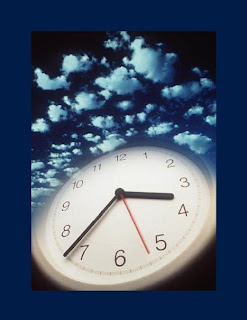 A segment on NBC's Today show this morning yanked me out of blogging limbo (I could blame vacation, the start of the school year and being up to my ribs in heavy revisions on the second Robert the Bruce book, but really it was lack of initiative, IOW - laziness). The topic was time travel and while I can't wrap my brain around how you would actually achieve such a feat, it does get your imagination flying in a very H. G. Wells-ian way.

Recently, I was exchanging messages with another historical ficiton writer and we were talking about how drawn we were to historical sites and aritifacts to the point that when we were near them we felt a connection to the past. I still remember going to Caernarvon Castle a decade ago. After a short scan of the bailey, I ran up the spiral staircase of one of the towers. Standing on the castle wall, palms pressed to the stones, I imagined Longshanks arriving there with his entourage, his son Edward (II) toddling about the rooms, and the bustle of activity in the town. Forty-five minutes later, I remembered my friend, who did not like heights and had been paitently waiting for me at ground level. At Harlech Castle, I could practically sense Owain Glyndwr gazing out over the sea as the wind whipped around him, reflecting on how he had united Wales and defied Henry IV, only to have his princedom slowly crumble away as alliances failed him.

I could stare for hours at old architecture and works of craftmanship. Ken Follet's Pillars of the Earth held my rapt attention as much for the story as for his in depth explorations of stained glass, stonework and the building of a cathedral. Set me down in the Metropolitan Museum of Art in New York City, and you'll likely find me hours later still reading the plaques in the medieval weaponry area.

Imagine being present at one of history's pivotal events: battles such as Pearl Harbor, Hastings, Waterloo, or Bannockburn; the invention of penicillin or powered flight; Martin Luther King Jr's 'I Have a Dream' speech; the San Francisco earthquake or the hurricane that swallowed New Orleans.... Days, moments or events in which the course of mankind or nature was forever changed. It boggles the mind to think of being able to go there to witness them.

If I could go back in time (not forward, I don't want to know what lies ahead), rather than witness an event, as incredible as that might be, I think I'd want to speak to historical figures - interview them in Barbara Walters fashion: "King Edward, what were you thinking when you recalled Piers Gaveston for the third time?", "Queen Isabella, at what point did you decide you'd had enough of your husband and were going to do something about his misrule?", or "Robert the Bruce, at any time, did you think you just might fail in your quest for independence? What inspired you to stay so focused and determined?".

So if you could turn back the clock, be there, what would you see or do, who would you talk to?