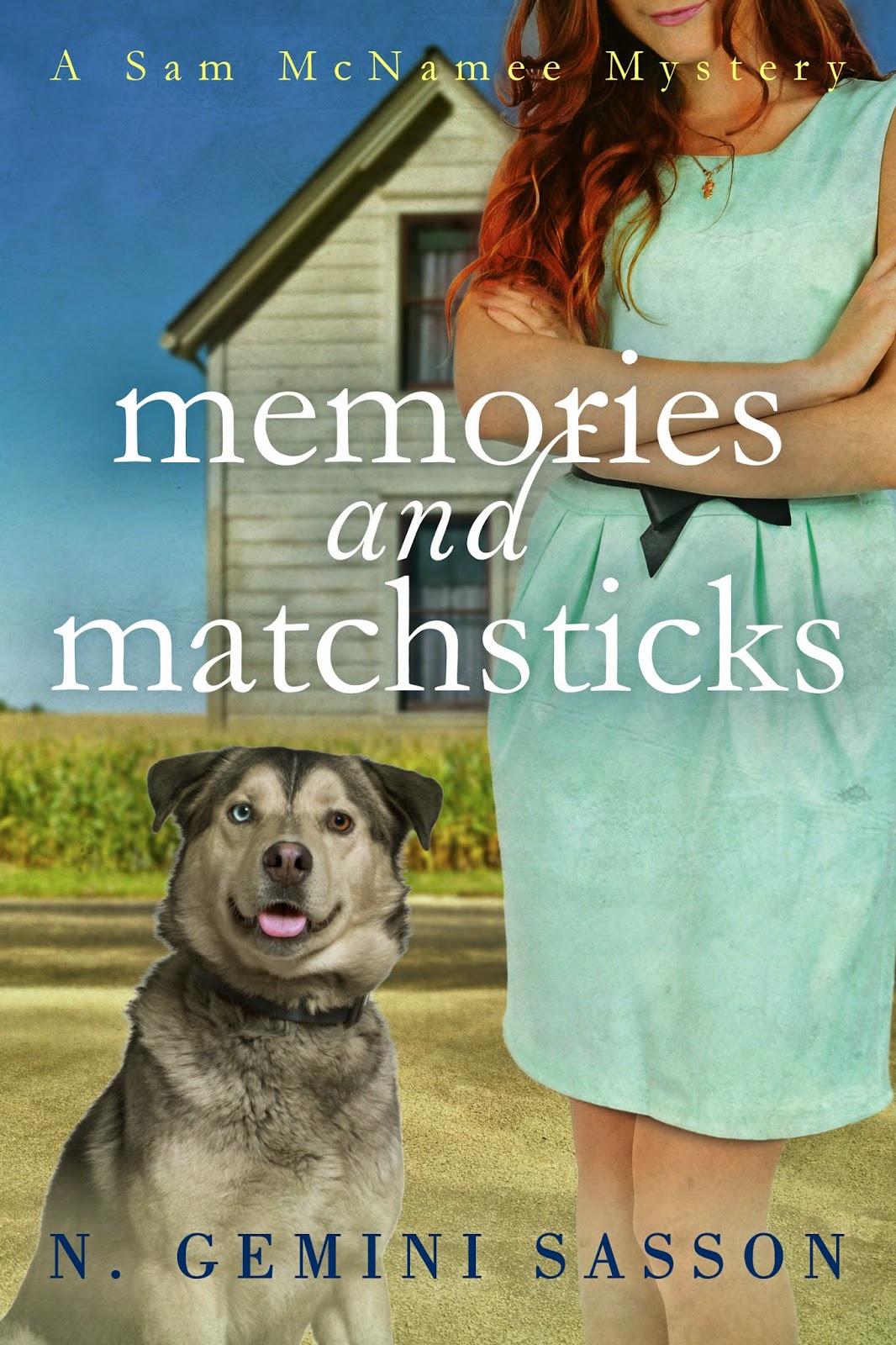 It's almost here! Memories and Matchsticks, A Sam McNamee Mystery, goes on sale Dec. 20th, 2014 and is now available for pre-order as an e-book at the following:

For those who enjoyed Say No More, this is another dog story, but it's also a romantic comedy and cozy mystery featuring an accidental female sleuth.

Can't make up your mind? Here are the book description and a preview chapter:


There’s an arsonist on the loose in rural Wilton, Indiana — and he’ll do whatever it takes to keep from being found out. Even murder.
Out of work, accident prone, and dateless, Sam McNamee packs up her belongings and her daughter to move to the Florida Keys, where she can pen love stories as S.A. Mack to ease the lingering pain of her husband’s death. First, though, she has to help her dad sell his home of forty-plus years. It just might be the hardest job she’s ever tackled. He’s a hoarder; she’s a neat freak.
The night she returns to Wilton, Sam plows into a mangy mutt on a rain-slicked country road. Bump, the dog she rescues, has a history that drags Sam and her family into a web of danger, making her father a prime suspect.
Feuds and secrets run deep in Humboldt County. Sam can’t leave until the arsonist is uncovered. Not that she’d want to anymore, since veterinarian Clint Chastain has stolen her heart.

November is National Novel Writing Month, also known as NaNoWriMo. It's an annual ritual where writers exorcise their creativity by saying goodbye to their families and retreating into their imaginary worlds. Most, like me, give up their bustling social lives (yeah, right) to write in seclusion; however, some NaNo-ers have been known to convene at coffee houses and libraries, where they simultaneously open their laptops and race to pile up the word count, while agreeing to ignore each other. Can't imagine how fun it must be having a bunch of goal-driven introverts in one place (*sarcasm*).

Why??? you say? To be that much closer to having written a book.

Yes, there are some writers out there (I'm looking at you, Stephen King!) who can expel 10,000 words a day just by waving their fingertips over the keyboard. Actually, I'm pretty sure he can sneeze and whole novels appear in his hard drive.

I am not one of the prolific ones. I labor over every page. And if you give me an opportunity to procrastinate -- the laundry/mopping/closet-cleaning MUST be done -- I will usually take it, simply because mindless tasks are much simpler than completing a novel. During NaNo, however, I make no excuses. I just sit down and write. Sometimes for 14 hours a day.

You know what's even crazier? Last year I did/won NaNO and trained for a marathon, which my husband and I ran in December. That month, I was either writing, running, or sleeping. I did take a few hours off for Thanksgiving dinner.

"But I can't wait that long for another book?" you say? Don't fret. Memories and Matchsticks, the first in my new Sam McNamee cozy mystery series will be available for pre-order very soon and on sale in late December, 2014. More news on that  very soon!

Until later,
Gemi
Posted by N. Gemini Sasson at 6:31 PM No comments: