I've recently joined a group of fine Historical Fiction authors over at Past Times Books. These folks are a mixture of independently and traditionally published historical novelists who've banded together to offer readers a selection of quality historicals. So drop on by the Past Times Books web site and check them all out.

And you can finally find my author-self on Facebook! Setting up a fan page has been on my to-do list forever, but it kept getting bumped. A wonderful reader who'd just discovered one of my books went looking for me there and couldn't find me (guilty!), so there I am now, at long last. If you 'like' my page there, you'll get all the important updates, like upcoming releases, blog posts and book signings directly on your FB newsfeed. It's a bit bare at the moment, but I'll continue working on it. I promise to save my 'Pop-Tart failures' and 'Kindle accessorizing addiction admissions' for my Twitter babblings, but if you really want to know, you can find me there, too.

BTW, if you Tweet me, post on my FB wall or e-mail me (imgnr "at" imgnr "dot" com), I do write back. I LOVE hearing from readers! One reader recently mentioned how much they liked a certain character -who is now going to return in a sequel, just because of that.

Posted by N. Gemini Sasson at 9:16 AM No comments:

Must Reads for Self-Publishers 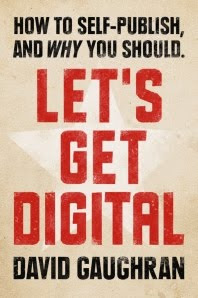 Over the past year, I've been asked for tips on self-publishing. The ugly truth is that sometimes I'm just flying by the seat of my pants.

One thing I do is sit back and watch others - meaning I read books and blogs and forum posts on anything and everything about digital publishing. I take what makes sense to me and use it, following the lead of those who've gone before, but with the realization that what worked a year ago or even few months ago to gather momentum, may not work tomorrow.

Recently, I've come across a few authors who have done a fantastic job of gathering information on self-publishing in the digital age and the importance of social media for authors. They've already said it all so much better than I ever could. So rather than reinvent the wheel, here they are:

Let's Get Digital, by David Gaughran

"This guide contains over 60,000 words of essays, articles, and how-to guides, as well as contributions from 33 bestselling indie authors including J Carson Black, Bob Mayer, Victorine Lieske, Mark Edwards, and many more. It covers everything from how the disruptive power of the internet has changed the publishing business forever to the opportunities this has created for writers. It gives you practical advice on editing, cover design, formatting, and pricing. And it reveals marketing tips from blogging and social networking right through to competitions, discounts, reviews, and giveaways. If you are considering self-publishing, if you need to breathe life into your flagging sales, or if you want to understand why it's a great time to be a writer, Let's Get Digital: How To Self-Publish, And Why You Should will explain it all."

Let's Get Digital is a comprehensive look at the advantages of writers going direct to readers. For information on where to download this book, or to grab a free pdf, go to David's blog here. He was kind enough to include the story of my path to publishing along with 32 other indie authors, but you can learn something from each and every one, as well as gain inspiration. 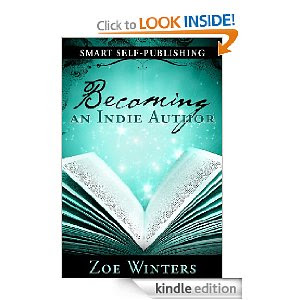 "This book is relatively short for its subject matter, weighing in at a little over 47,000 words. There is no filler, just straight talk in Zoe’s typically blunt writing style. If you’re tired of people selling you rainbow farts and butterfly dreams and want to know how to think and act like a business person, create a solid plan, and become an indie author, this book is for you."

If you're considering self-publishing an e-book, this should be the first book you read. It's concise and understandable, especially if all the publishing jargon is new to you, but it really hits the important points without a bunch of fluff.


We Are Not Alone: The Writer's Guide to Social Media, by Kristen Lamb 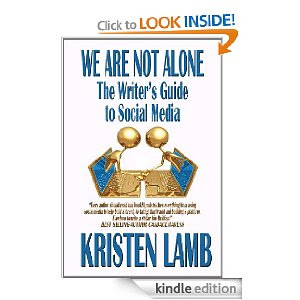 "Kristen's method is simple, effective, and helps authors find ways to harness the imaginatin used for writing and employ this creativity to build a solid platform designed to connect with readers. This system is designed to change the writer's approach, not the writer's personality."

I'm including Kristen Lamb's books because I think social media is the most misunderstood and misused aspect for many indie authors. Kristen not only gives guidance on what to do, but what NOT to do. Like, don't tweet 20 times a day that you have a book to sell (those are the first Tweeters I tune out and sometimes even un-follow.) Even for those of us who are inherently shy (moi), this book will help you more effectively and efficiently use your time.

None of these how-to books can replace putting in the time (usually years) that it takes to properly learn the craft of writing, commit to writing a whole book and then hammering it into shape, but once you've gotten to the point where you're ready to nudge your baby out into the world, they have all the information you'll need to set you well on your way.

So to all you hopeful writers out there - good luck!

P.S. If anyone has suggestions for similar books that they recommend, please feel free to share them in the comments!

Happy reading and writing,
Gemi
Posted by N. Gemini Sasson at 2:27 AM 2 comments:

Hi Strangers! No, I didn't fall into a Black Hole - although that would make for some interesting conversation. In between editing my next book and taking short jaunts around the country (vacation and track meets), I've been reading.

Since Kindle allows you to sample books before purchasing, it's rare that I buy a book anymore that I don't finish, simply because I don't punch the 'Buy Now' button until I've reached the end of the sample and am still hooked. Seems like ever since I got my Kindle this past spring, I've been finding more great reads than ever. Which is why I like to share my finds with all of you.

So check out these blurbs, sift through the reviews if you'd like, and download a sample. If they're to your taste, buy and read the whole book - then be sure to share the ones you liked with your friends. Word of mouth is very powerful. 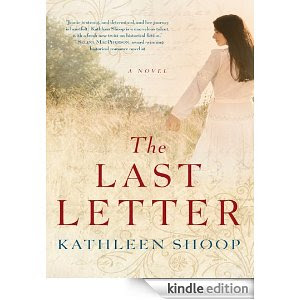 The Last Letter, by Kathleen Shoop

I can't say enough great things about this book. I tripped across it on the Kindle Historical Fiction Bestseller Top 100 list when it was just entering the rankings. At 99 cents, who could resist? (Although I certainly would've paid far more.) It's now in the Top 10 there - and deservedly so. It reminds me vaguely of Anne Weisgarber's lovely The Personal History of Rachel DuPree, in that both books detail the struggle of young mothers as pioneers on the prairie as they battle the unforgiving elements of nature and reach for the strength within themselves to stand up to husbands who domineer or disappoint.

The Last Letter is at times stark and gritty, but seething with emotion and startlingly realistic. It takes place in the late 19th century on the Dakota prairie and alternates between the viewpoints of the daughter, Katherine, and the mother, Jeanie Arthur. You can read my full review here at Historical Novel Review. I'll remember this book for a long time, it was that powerful. (Price $.99) 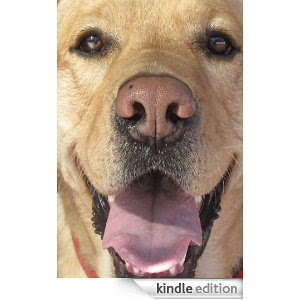 Jack: A book about a dog where the dog doesn't die at the end, by Ray Braswell

I'm a huge, HUGE fan of both The Art of Racing in the Rain by Garth Stein and A Dog's Purpose by Bruce Cameron, but they can both leave you a little heart-heavy if you've ever loved and lost a dog - which most of us have.

This is where Jack comes in at an entirely different angle. Humor is hard to capture on the pages of a book, but if you know the general personality of Labrador Retrievers at all, this book nails it. I was laughing my head off in bed at midnight while reading this. Whatever you do, don't skip reading the footnotes. They're just as hilarious as the rest of the book, which portrays tidbits of Jack's puppyhood from the perspective of his owner, who Jack refers to as Tall Guy, and Jack himself. (Price $2.99) 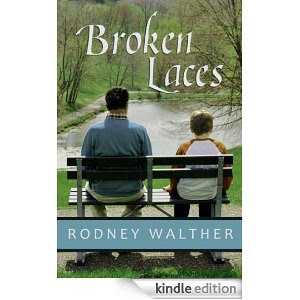 Don't be fooled - this is not just a book about baseball. It's a heartfelt story about a father trying to salvage his relationship with his son after a tragedy strikes and turns their world upside down.

In trying to move forward, Jack Kennedy does so many things wrong. Just about when you think he's going to be okay, he finds a way to mess his life up. What makes this story believable is that you just know Jack is only human and his intentions are wholly good. (Price $2.99) 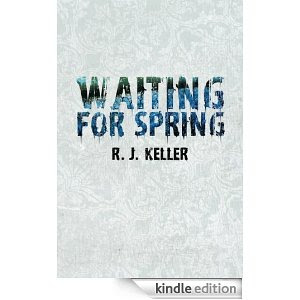 Waiting For Spring, by R.J. Keller

Briefly, I'll say this was one of the most emotive books I've ever read: raw, sometimes gut-wrenching, layered, and yet imbued with traces of hope. From the outset, I cared what happened to Tess and those around her. I almost feel like I know her in person now, she was that real, albeit imperfect. Without a doubt, I am looking forward to Keller's next book with great anticipation. (Price $2.99)


I'm going back into writing/editing mode now, but I'll be sure to share more great reads once I compile another list. Up next, a few excellent references for the indie writers out there.