Traditional vs. Self-Publishing - Is it really Us. vs. Them anymore?

We live in a digital age that has democratized authors' access to readers - and that has caused a lot of debate in the arena of traditional publishing vs. self-publishing. With print-on-demand and e-books, the floodgates have opened up. Nowadays, it seems like everyone is writing a book.

Not too long ago I resigned myself to no longer engage in such debates. I'm glad I didn't say that out loud, because here goes:

Publishing is in a state of flux. The lines are blurring. We have writers like Amanda Hocking transitioning from self-published stardom to the world of traditional publishing in order to reach even more readers. We also have writers like Seth Godin going the other direction. Now we have the announcement that JK Rowling's e-books will be available, not on Amazon or B&N, but via her own designated web site and sold in 'partnership' with her publisher.

Then there are self-published authors like John Locke selling over a million units and yet others like Nancy Gardner and Victorine Lieske breaking onto the New York Times Bestseller lists.

There used to be a prevalent belief that if you self-published you'd obliterate your chances of ever becoming traditionally published (see Amanda Hocking, above) and never make any money at it (see Amanda Hocking, above). "Yeah, but . . ." you say, "she's an exception." You're right. The truth is that aside from the standouts in self-publishing, there is a growing sector of indie mid-list authors. And yes, my name is there somewhere. You also have the tens of thousands who never sell over a hundred books because 1) the writing/formatting/cover are awful, 2) they don't know how to promote, or 3) they just give up too soon once they realize the work that's involved. No debate there.

I've seen the perpetual arguments on writers' web sites and discussion lists for or against one side too many times to count; so much so, that I just have to roll my eyes. Those who are the most vehemently against self-publishing flooding online booksellers like Amazon and Barnes and Noble basically state that the midden heap will be so high and fetid that we'll never be able to find a good book again. All I can say is that is a very black and white view of the world. Blogger/author David Gaughran dismantles that myth and others in this post.

There are also those who say they've picked up a self-published book or two (or more) that was absolute crap. Yes, they're out there, plenty of them. But you don't have to sift through ALL of them like some squinty-eyed underling combing through the slush pile at a big literary agency. Amazon, in particular, has a system of recommendations that will weed out for you what others have already weeded out. So don't worry that the moment you get on Amazon to load up your Kindle that you're going to be buried by failed 6th grade English essays masquerading as literary brilliance. Trust me, no matter how picky you are, you'll find something worthwhile to read.

Let me summarize: Self-published works are not inherently bad. Some are, I agree. Some are okay. Some are very good. And some are are FABULOUS! Quality is a gradient. And value is subjective.

When I go to a local theater production, I don't pre-judge the actors just because they aren't graduates of Juliard or Hollywood actors with multi-million dollar contracts. And you know what? I've been bored to tears, mildly entertained, and blown away at different times.

Publishing will undergo some growing pains in the next few years as it catches up with technology. Authors - both those already on top and those working their way up from the bottom - are in large part affecting that change. But ultimately, it's readers steering the ship and picking out books. And for the most part, they don't care if it's Random House that publishes a book or Joe Smith's Garage Press. They care about the quality of the story inside and whether it provides entertainment, moves them to tears or laughter, or makes them think.

Maybe, just maybe, we should judge each book not by the publisher's logo on the spine (or lack thereof), but by the content within?

Earlier this month marked my one year anniversary into the world of indie publishing. In a couple of weeks, I'll have a guest post over at Lisa Yarde's The Brooklyn Scribbler, detailing the journey of my first year.

Meanwhile, I've finally cleared my schedule and am deep in wrapping up the first draft of the third book in The Bruce Trilogy - The Honor Due a King. After that there are still edits, proofing and cover to do (I sometimes forget how long that stage can take), but once I have a projected publication date I'll announce it here. I almost think I've been dragging my feet on this because I don't want to leave Robert, James and Edward behind. Authors really do get attached to their characters. After all, they usually lead much more interesting lives than we do.

The highlights of my first year:

1) Getting my first fan mail. Believe it or not, it came from a reader in Scotland. (Whenever I lose touch with my motivation, I glance at the letters taped to the wall behind my desk. Endless thanks to those who have bought the books, recommended them to others or left reviews and written to me. I urge all readers to spread the word about books that you enjoy. Word of mouth really is the best way for good books to find an audience.)

2) Being awarded the IPPY Silver Medal for Historical Fiction for Isabeau. (So, so wish I could've gone to the ceremony in NYC to meet other writers and publishers, but sometimes family takes precedence over business.)

3) Surpassing 10,000 sales in e-books. (That absolutely blows my mind, especially considering that in my first month of July 2010 I only sold 21 Kindle books.)

I'll have more to blog about when I emerge from my imaginary world. Until then . . . 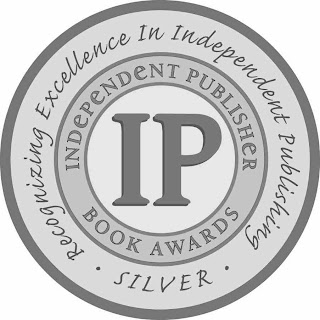 I'm excited to announce that Isabeau, A Novel of Queen Isabella and Sir Roger Mortimer, won the IPPY Silver Medal for Historical Fiction! There were over 4,000 total entries for this year's IPPYs (Independent Publisher Book Awards). Medals were given out on May 23rd in New York City. Unfortunately I couldn't be there, but I'm looking forward to receiving my 'bling' in the mail soon. This is a great honor, as it's the only contest that Isabeau has been entered in and there was a lot of competition, so it's had me floating on a cloud for weeks now. For anyone who's wondering - yes, there is a sequel to Isabeau in the works and, um, yeah, it just might answer some unresolved issues about the whole Isabella/Roger/Edward thing. *grin*

If you haven't yet snagged a copy of The Crown in the Heather, here's you chance to win one over at Historical Fiction Obsession. Just click here, follow her blog or tweet the link and leave a comment.

I first found out about Kimberly's review of The Crown in the Heather via Google Alerts (technology is a wonderful, wonderful thing). She also did a review for Isabeau. To say that I'm thrilled to have such an enthusiastic advocate for my work in a prolific book blogger like Kimberly is a GINORMOUS understatement.

If you've already read and enjoyed CITH, share the link or tell your friends. Meanwhile, I'm going into my writing cave because there are people waiting on me. Oh, the pressure!

Email ThisBlogThis!Share to TwitterShare to FacebookShare to Pinterest
Labels: giveaway, Isabeau, the crown in the heather, Worth Dying For
Newer Posts Older Posts Home
Subscribe to: Posts (Atom)