International Gathering of the Clans 2014 ***Update 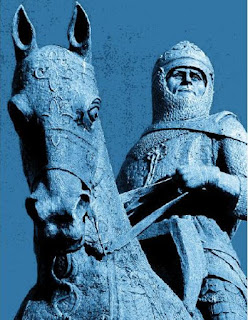 ***For the latest news on this event. please make sure to check The Gathering 2014 FB link below. There have been some recent changes. When it gets much closer, I'll be sure to re-post final plans here.  ***

For those who would like to celebrate their Scottish roots, there will be an International Gathering of the Clans to be held in conjunction with the event Bannockburn 700, June 24th, 2014. This will be 700 years after Robert the Bruce defeated the forces of Edward II of England at the Battle of Bannockburn. For more information:

I see Clan Gordon will have a tent there. Hoping some of my other ancestral families (Bruce, Douglas, Stewart, Johnston, etc.) will be in attendance. Sounds like a great excuse for a research trip/second honeymoon!

Today, I'm over at Martin Lake Writing talking about the writers who inspired me, what my 'typical' writing day is like and my favorite moment so far as a writer.

In other news, I just received the final edits from my wonderful editor Derek Prior at Homonculus Editing Services. Expect a stretch of silence on this end for a couple weeks as I give Uneasy Lies the Crown, A Novel of Owain Glyndwr, its final spit polish and begin formatting for release sometime next month. I'm also reviewing proofs for the cover from the talented Lance Ganey. Can't wait to reveal the final version when it's ready!

Until later,
Gemi
Posted by N. Gemini Sasson at 8:57 AM 2 comments: