The White Queen, by Philippa Gregory

The White Queen, by Philippa Gregory, is the story of Elizabeth Woodville, the wife of Edward IV, during the struggle for England’s throne between the Lancastrians and Yorkists . Spanning a period of two decades, this book begins in 1464 with a widowed twenty-seven year old Elizabeth boldly standing in the road, waiting for the newly victorious king to pass her way so she can beg for the return of her lands in order to provide for her two sons. Five years her junior, Edward is renowned as much for his conquests of women as he is his enemies on the battlefield. So when he arrogantly tries to seduce Elizabeth, sexual tension simmers as she rebuffs his overtures and keeps him at arm’s length.

Madly in love with him despite her resolve, Elizabeth is swayed by his persistence and they are secretly married. So begins Elizabeth’s new life. Aware of how quickly favor and fortune can fade, Elizabeth quickly entrenches her family into the royal web of marriages and titles, and thus the Riverses vault into power – evoking the jealousy of those who have been bypassed.

Gregory handles the enduring love story between Edward and Elizabeth admirably, beginning with the sizzling encounters of a newfound passion, and carrying through the stages of jealousy that flare up as Edward’s appetite for other women resurfaces, followed by reconciliation and on to a more mature mindset of the connection that inexorably ties these two together.

At a few points during the story, Elizabeth gives lengthy recounts of some of England’s most pivotal battles. While vividly detailed, they occasionally feel a bit detached in comparison to the rest of the story. That factor notwithstanding, Gregory manages to unfold a very complex time in England’s history, while still keeping the many threads and players involved distinct.

Throughout, there is an interwoven element of witchcraft and the myth of the water goddess Melusina. At first, this component’s relationship to ongoing events may not be entirely clear, but in time it becomes a very interesting twist that adds a unique element.

All in all, The White Queen is a dazzling tale of romance, ever-shifting loyalties, and one of history's greatest outstanding mysteries – the death of the two princes in The Tower – as lived through an incredibly strong and determined heroine. Perennial Gregory fans will not be disappointed, as this is one of her finer works. 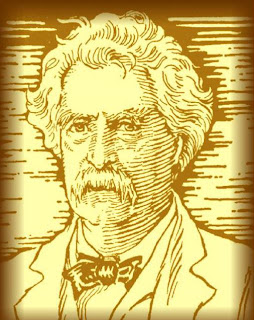 So what next? What if, as a writer, you've done everything the books and experts said you should - joined critique groups, sought professional assessment, studied the craft, written story after story and buffed each one until if you rubbed any harder you'd flay the poor thing? It's entirely possible that your work is simply crap, that you wouldn't sell unless you had a skilled ghostwriter, a six(or seven)-figure marketing campaign and had run for the vice presidency (not naming any names here). Maybe you weren't persistent enough and gave up too soon? Maybe you just weren't lucky enough to land on the right editor's desk at the right time? I know firsthand that what is salable and a hot commodity one year, may not be the next. How commercial an editor perceives your work to be has a lot to do with whether they'll take an interest in it.

Heaven knows I've been dogged. I hope I can tell a good story. But for whatever reason, the door to opportunity has not yet opened up for me via the traditional publishing route, despite having a literary agent whom I adore and admire and who has been a relentless champion on my behalf. While I try my darndest to refrain from spewing negativity in public, let's face it, the world of publishing as we know it is changing. Fewer new authors are being taken on. Publishers are cutting back on manpower and titles. Amazon is at war with the big publishers. And e-books and POD are floating in the wings, ready to take over center stage. While a lot of folks see this as a bad thing, maybe it just means things are going to be different in the future? Agent Nathan Bransford wrote a very thought-provoking post recently called 'It's a Great Time to Be An Author'. It's worth reading.

So what next for me? Write another book? Umm, eventually, but before that I'm going to journey down a new road: self-publishing.

(Gasp.) Really? Isn't that the 'kiss of death' in the world of writing? Like some giant graveyard where writers who couldn't hack it get buried with their delusional dreams? Meh, possibly. I'm sure it's often true. But not always.

In the months to come, I'm going to use this blog as a self-publishing journal. I believe there are a lot of other writers in my shoes. Some may have considered self-publishing, but they shy away from it for one of two reasons: 1) the stigma attached to it (see above), or 2) the expected costs and learning curve involved. Since I'm not ready to chuck my beloved stories in a drawer and forget about them (neither the ghost of Robert the Bruce nor Queen Isabella would forgive me), I'll brave both the naysayers and the effort it takes to realize my dream - which is to share my books with readers.

For now, here are a few current historical fiction authors now published by major houses who originally self-published, along with links to some of their stories:

Elle Newmark (The Book of Unholy Mischief, Simon and Schuster) - Newmark came to writing later in life and after getting passed over numerous times and sinking into a funk, she finally got mad and took control of her own fate.

C.W. Gortner (The Last Queen, Ballantine) - Read about Gortner's careful consideration before he decided to self-publish and how it turned out for him.

Want more names of successful and well-known authors who self-published at some point in their careers? You can find them here and also here. I think you'll recognize a few of the names.

Up next, some of the steps I'll be taking before sending my book off to the printer. 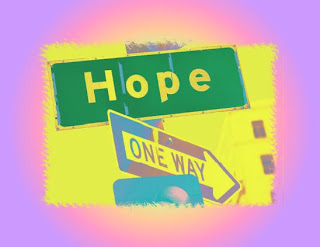 Hope. Every human being knows what it is. It's what most aspiring novelists survive on. We slog away at our day jobs, writing in the few spare hours we can carve out of our already full week, or devote our lives to looking after our families, multitasking to the point of insanity. We type in solitude hour after hour, living inside our imaginations and drawing discipline from the Muse we cannot shake, with only a distant hope that one day some editor will deem our labors worthy of publication and thus validate all the hours that we have sacrificed in the journey. Writers generally don't write with fantasies of becoming rich and famous. Most, I believe, are more practical than that. We write because we want to share the vast depths of human emotion, allowing us to connect with others. We write to be read.
What has often kept me going in this elusive pursuit is the recurring daydream that one day I'll be in an airport bookshop and see someone standing there holding my book. MY book. That creature that I slaved over, wept over and sweated over day and night, for years, at the expense of my ever-dwindling bank account, to the neglect of housework and exercise and a hundred other things I could have done. And I would see that person, eyes fixed on the pages, completely absorbed, and know that I had done something rare and wonderful - breathed life into the name of a historical figure centuries long dead, and for someone else, if only for a few hours, made them real and alive. Just as writers like Alexandre Dumas, Sir Walter Scott and J.R.R. Tolkien did for me as an adolescent, convincing me that that is what I, too, wanted to do in life. That is a writer's hope: to be read, to share, to entertain, to put a finger on the soul of another human being.
Through the years, I have ridden the roller coaster of hope – often doubting the power of my words or my skill in arranging them, sometimes spurred on by a smattering of confidence when someone else took notice and said encouraging things. I have come tantalizingly close to that pinnacle of validation when an editor's interest has been piqued – and deflated by indifference when it was not. Assured that persistence is an element to success, I quietly soldier on, even as I see those more talented than me mirroring the same game of wait and hope and try again. A few make it. Most do not. The assumption for those who do not garner a traditional publishing contract is often that their writing is not good enough. But having come to know some very, very talented writers still struggling to be discovered, I don’t believe that anymore. The same, I’m sure, is true for actors and singers who march to audition after audition, hoping to be that one in a million who’s in the right place at the right time.
So, after years of trying the traditional route and never getting a foot in the door – what next? Stay tuned, this could get interesting . . . I have a plan. There's always hope. Sometimes we just have to look for it in other places.
Until later,
Gemi
Posted by N. Gemini Sasson at 1:15 PM 7 comments: