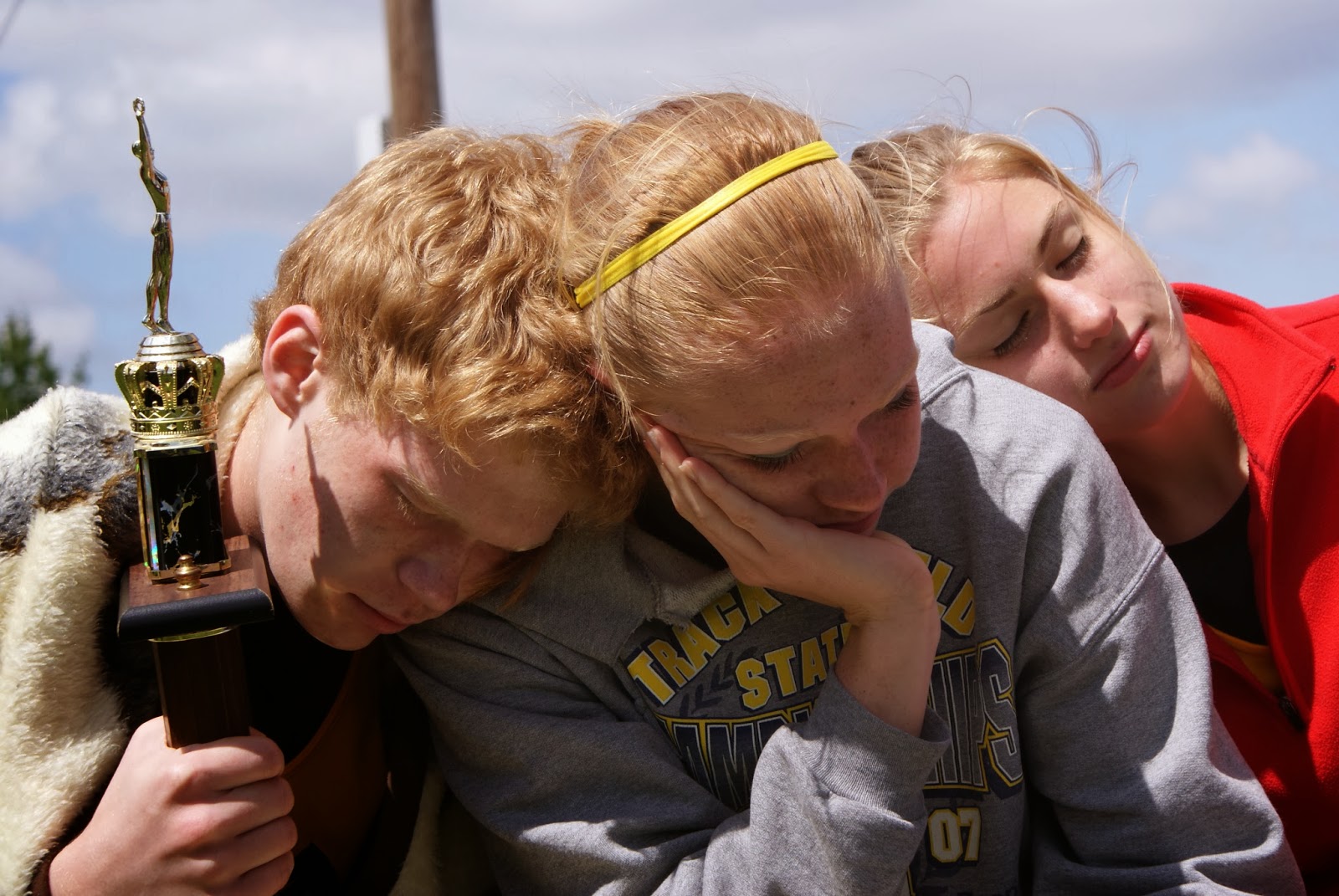 Everyone knows what a horrid winter 2014 has been in the Midwest. We've been hit by major snow events so many times I've lost count. Being one of those who usually sinks into a funk during these months, it's been a struggle to cope. Exercise helps. Reading gets me through a lot of days when we're snowbound. So does staying busy with indoor home projects.

The basement is always a target for purging and reorganizing. Let's face it, we all have that place in our house where we 'store' things, be it basement, attic, hall closet, or spare bedroom. Pretty soon, years have gone by and we realize we haven't touched, used or looked at this stuff (anyone remember the George Carlin skit where he says 'a house is just a place for your stuff'?), yet we're reluctant to part with it. Why? Well, lots of reasons, but perhaps the most powerful is that those things connect us to our past and represent a stage in our lives.

Every time I go on one of my purging binges, I debate over what to do with each thing. Throw it in the burn pile? (Great excuse for a bonfire and small get-together with friends.) Put it in the trash? (But, but, but ... it still works!) Put it by the road with a FREE sign on it? (Bet someone regularly collects our reject pile and sells it at their own garage sale.) Have a garage sale? (Nope, no available garage and we're too far off the road, anyway.) Keep it to give to the kids someday when they move out on their own? (Yeah, still waiting on that one.) Give it to Goodwill? (No joke - I've done this and six months later wondered what I did with that nice, seldom-used yellow sweater, because it would go great with this gray shirt.) Auction it on eBay? Sell it on Craigslist? (I probably should, but...)

It's always a dilemma, but I keep telling my kids that I don't want to leave them to sort through a mountain of 'stuff' that's bigger than it needs to be after we're gone. Plus, if we ever move, the less we have to sort through then, the better.

So I force myself (and my husband) to regularly purge. It frees up space and declutters, passes along items that someone else may make better use of, and it allows life to move forward in a new direction.

One of my projects this winter was to tackle the boxes and boxes of photos we've collected over the years. In the past five years or so, my pictures are more and more digital, stuck somewhere on a hard drive or  memory card. I both like and dislike this. It's easier to delete the bad pictures and means less physical clutter. But there's also something sacred about having real photo albums to flip through. Each picture marks a step in life. A moment frozen in time. A memory of what was and a realization of what life has since become.

Above is one of my favorite photos. It's of our two kids and one of their best friends after a team race. It speaks not only of their accomplishment (the trophy), but also of their hard work and their friendship. A picture is worth a thousand words, right?

When I look at that picture, I also see what was outside its frame: the barely leafed out trees of spring, the wind rippling across the lake behind them, the other racewalkers who had gathered for the event, and the support crew who counted laps and judged. It also made me realize that we mostly photograph the happy, good events in life, and very seldom the bad ones.

Life is fluid. Made up of moments. Recorded by memories. We cling to pictures and things because we want to remember that life was so often good. The people around us were and are loved. Events were a destination and an experience.

The pictures have been sorted through. Some were tossed. (How many photos of the same puppy pile do you really need?) Others were filed into designated envelopes. The rest were placed in albums.

When you look back at life this way, you don't so much remember what grades you got, what your splits were in the race, which appliance broke that year, or what your annual income was. You remember the way the people, pets, places and events made you feel.

I'm contemplating a future story that deals with this very thing. It's also something the main character in my upcoming novel, Say No More, deals with. Halo (a dog) doesn't like change. But when she looks back over life, she sees that there was far more good than bad to it.

Speaking of which ... Expect a cover reveal next month and a projected publication date for my next novel! I also have a growing list of recommended books I can't wait to share. Lots of fantastic stuff out there from indie authors.