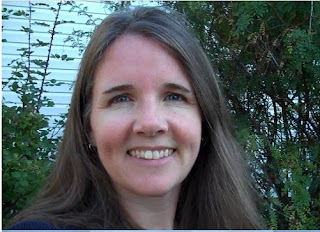 Sarah has offered to give away a free copy from Smashwords of her Arthurian novel Cold My Heart. If you'd like to be entered to win, just leave a comment below. Entries close midnight Eastern time on Thursday, May 12th.

I asked Sarah to share with us what inspires her to write and why she chose to write about medieval Wales.

*****
I have two historian parents, so I couldn’t help but develop an interest in the past. My dad has a Ph.D. and I went on to get more than enough education myself (in anthropology) and began writing fiction when the stories in my head overflowed and demanded I let them out. My interest in Wales stems from my own ancestry and the year I lived in England when I fell in love with the country, language, and people. I even convinced my husband to give all four of our children Welsh names. Now, I live in Oregon, which is very far from Wales, although I'm hoping to visit with my husband in 2012.

I started writing intensively five years ago. In about six weeks, during my youngest son's naps, I wrote an epic fantasy (with elves no less). That book will never see the light of day, although I raid it occasionally for characters and plot points, but I learned that I could write a book and that I wanted to write more.

The first book I wrote that I set in Wales was Footsteps in Time. I started it after I had a dream where I drove my mini-van into the Middle Ages. It was (obviously) a very vivid and memorable dream! My daughter and I had been doing research on our ancestry at the time, and reading lots of books, both fiction and non-fiction, about the country. Since then, I've set all five of my published books in Wales, and am even more in love with the country and its past than when I started.

About Sarah's novel, Cold My Heart:

By the autumn of 537 AD, all who are loyal to King Arthur have retreated to a small parcel of land in north Wales. They are surrounded on all sides, heavily outnumbered, and facing near certain defeat.

But Myrddin and Nell have a secret that neither has ever been able to face. Now, with the end of all that they know approaching, they must finally admit the truth: each has seen that on a cold and snowy day in December, Saxon soldiers will ambush and kill King Arthur by the Cam River, crushing Wales once and for all under Modred's boot.

And both of them, separately and together, must decide what they are willing to do, and to sacrifice, to avert that fate.

Sarah is the author of five novels of historical fiction, historical fantasy and time travel: Cold My Heart, The Last Pendragon, Foosteps in Time, Prince of Time and Daughter of Time. Her books are available on Amazon.com, Barnes and Noble and at Smashwords. To learn more about Sarah, her writing and her books, visit her website.

Many thanks to Sarah Woodbury for visiting here at My Dog Ate My Manuscript! Next week's featured author is Anna Elliott.

Thank you for inviting me to your blog!

You're very welcome, Sarah. Glad to have you here.

Sarah, congratulations on your continued success. I downloaded your Last Pendragon during the Smashwords e-book week. It's on my TBR pile, which is admittedly too long. But I do look forward to reading it and your other works.

I've read quite a bit about other time periods in England, but never about King Arthur. I have just started watching a new series on Starz, Camelot. The show has definitely raised my curiosity in that time period. I would love to read and learn more about the Arthurian Ages. Thank you! :)

I love tales of Arthur and the like.
Thanks for the giveaway!
kaiminani at gmail dot com

What an awesome joint-venture! wow... thanx Sarah and N. Gemini!

Many times I read reviews on your novels but never had the chance to read them thoroughly... sigh...

The legends of Arthur and Merlin had always alured me a lot, and accompanied me since I was a little boy!... I honour him with some posts on my blog!

Would love to win this one.
dlmartin6@yahoo.com

I love novels about the King Arthur period.

Thanks for doing a giveaway. I would love to win this one: